As I speak, my city is on fire.

A few hours ago, the leader of a very big cult in the region was convicted of rape by a special court. about 200,000 of his followers had reached Panchkula in anticipation of the verdict. As soon as the news spread people resorted to stone pelting, burning vehicles and buildings as they went. I can see the smoke rising from several parts of the city from the roof of my apartment complex. About 10 people are already reported dead as the police tries to bring the mobs under control; the army is on standby. 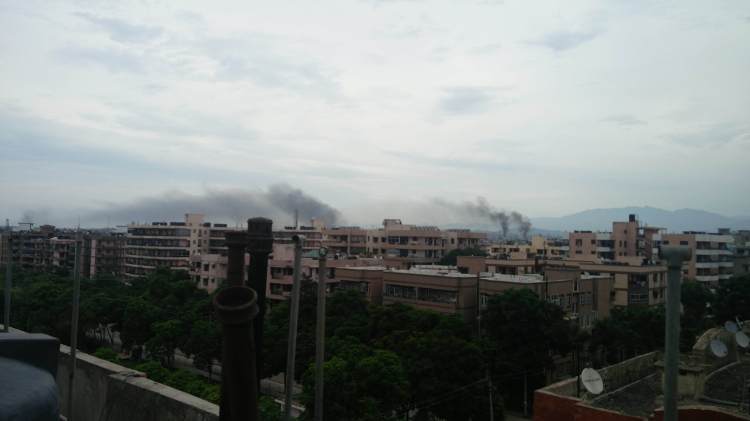 There will be time later on, to do a post-mortem on this; for now I hope the situation doesn’t spiral further out of control. It’s brought back memories of 1984…

I need to fill this up with much better content than I had populated it with earlier. Why I write a blog maybe? I started blogging in 2009 or thereabouts. I was a newly turned atheist and wanted to converse with others of the same persuasion. We're not exactly a big population group in India! It didn't go very well and I sort of lost interest, posting a few things now and then. I got a lot more regular over the last few months and have been posting almost daily since February '15. There were many reasons why I gradually became more regular in posting, but one way or the other, here I am! So this blog has taken shape, being at different points in time my showcase, my comedy club, my art gallery, my book club, my therapist, my close friend, my innermost self....but always my little corner of the world. You are all welcome to visit and I hope you stay awhile! A few points about me because I don't want to lead anyone on(and trust me this does become an issue more often than I'd care to admit). I'm Indian, the brown-skinned variety; if race, ethnicity or skin colour is an issue, you don't have to get to know me any more than what you see on my blog. I'm 40, so if age is an issue, please be informed accordingly. I was a doctor, an ophthalmic surgeon for 10 years before I quit practice.
View all posts by hbhatnagar »
« On the way back….
Mundane Monday #104 »

This site uses Akismet to reduce spam. Learn how your comment data is processed.